Only the law can save us now 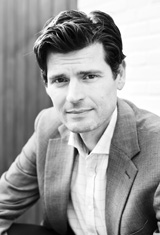 In his book Revolution Justified Mr. Cox calls for judicial intervention to save the planet and humanity from dangerous climate change. In his opinion governments have become a danger to the wellbeing of society due to their inaction to regulate greenhouse gases. “Our best hope of averting dangerous climate change and breaking the status quo in the energy world is the law”, he poses.

Mr. Cox is now helping to set up a network of NGO’s and lawyers for climate proceedings in other countries. With his help and advice, similar proceedings have already been instituted in Belgium.

Next to his (climate) litigation practice, Mr. Cox is heading the real estate, city development, energy and infrastructure practice at the law firm Paulussen Advocaten.

Mr. Cox is also founder of the Planet Prosperity Foundation, via which he is promoting the circular economy. The Dutch Green Building Council selected Mr. Cox as one of the most influential people in sustainable real estate development. He is also listed in Trouw newspaper’s Sustainability Top 100.

He is a visiting university lecturer, publishes regularly and holds seats at several business councils on sustainable development.